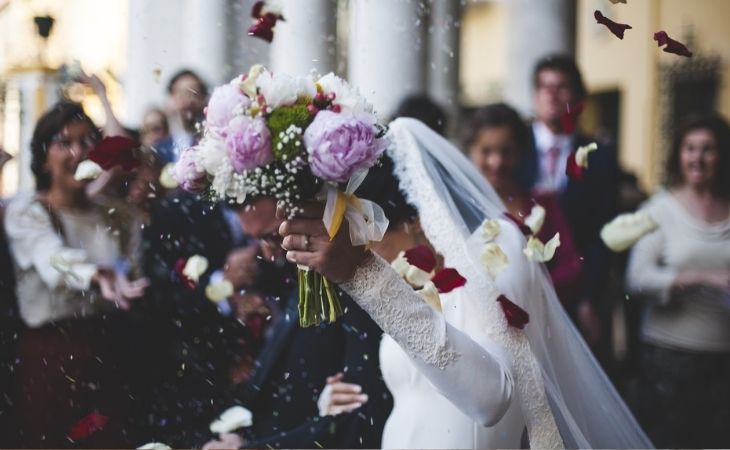 Traditions and Beliefs: Curiosities About Marriage

Here we are, the big day is coming! If you are close to “Yes, I do”, you cannot fail to take into consideration the many traditions related to marriage, regardless of the region or city in which you live. That’s why we tell you everything you need to know so that your dream is long and happy, from the series “And they all lived happily ever after“!

Tradition has it that the bride’s bouquet must be bought by the future husband, as a last gift before the “Yes” and that it be delivered to the bride’s home, the same morning the wedding is celebrated. At the end of the wedding party, the bride has to throw the bouquet of flowers towards a group of single women and, according to tradition, the woman who takes the bouquet will be the next to get married.

These should preferably be soft and almondy. An odd, indivisible number should be placed in the favor bags, as marriage should be and precisely, as the qualities that should never be lacking in the life of the spouses, namely health, wealth, happiness, long life, fertility and spirituality.

According to ancient beliefs, honking the horn during the “wedding procession” serves to scare away evil spirits. And what about the custom of cutting the groom’s tie? And then, the bridesmaids of the bride. The ancient Egyptians believed that evil spirits gathered on the wedding day at the wedding venue to spoil it, therefore, to prevent them from bringing bad luck to the bride, her friends dressed in luxurious clothes and followed the bride.

According to tradition, the bride’s family brought the dowry, which provided the clothes, linen and accessories, so that during the first year of marriage, the groom would not incur expenses for his wife’s clothing. And then faith. The latter is worn on the left ring finger, where the same vein that leads straight to the heart passes.

Who Pays The Wedding Rings?

A custom dating back to the 17th century is that of the garter. The celibate guests used to take possession of this small object of the bride then attaching it to their hat. Over time this custom has transformed into the throwing of the garter by the groom.

Always according to tradition, choosing the right day to get married is propitiatory for the success of the marriage. “He does not marry or leave from Venus and Mars”. Tuesdays and Fridays should be avoided to celebrate the wedding, the first because it is the day of Mars, the god of war, the second because it is the day in which evil spirits are said to have been created. This superstition has now been almost completely overcome and weddings on Fridays are very frequent.

“Wet bride lucky bride”. It is perhaps one of the most popular mottos. In fact, rain in many cultures is synonymous with good luck and prosperity, so do not despair dear brides who go to the altar in the rain!

The bride and groom’s bed is prepared the night before the wedding by two unmarried girls as a sign of purity. And now there’s the long-awaited part: the honeymoon! This saying derives from the custom of the newlyweds of ancient Rome to eat honey for the duration of a “moon” after the wedding.

Thrown on the spouses just like a rain, it reflects the evolution of an ancient tradition in which seeds were thrown as a wish for fertility. Don’t forget to pick up the bride before crossing the threshold of the new home. Having now become a romantic and funny practice, in reality, it had the precise purpose of avoiding any stumbling: considered a bad omen, it indicated the hostility of the protective deities of the house.

Apart from not seeing the bride the day before the wedding and never having seen her wedding dress, once out to go to church, the groom, absolutely must not go back, so in case he has forgotten something important at home, better have some friend come to his aid who can promptly remedy by returning home to his place.

These are just some of the traditions related to marriage, to be followed in whole or in part to win good luck, and you may believe it or not, but the fact remains that the most important ingredient for a “and they all lived happily ever after”. There is always and only love!